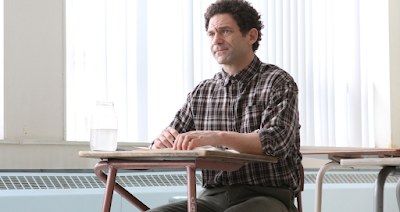 Our free for all continues with a healthy dose of horror comedy, which personally I need right now. I'm quite confident Jill feels exactly the same. This week we spend time with a mute part-time cannibal and the man who manipulates him for... the greater good?

Well, read on friends for our views on this twisted web of secrets, crunchy human parts and the concept of pain and suffering for art.

A painter struggling for inspiration finds an unexpected muse after he accepts a teaching position in a small town and becomes the caregiver to Eddie, a seemingly docile art student with a rare sleepwalking condition. 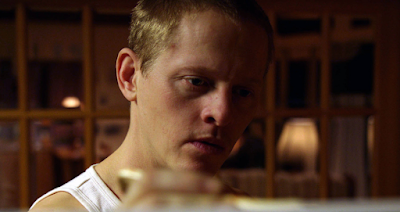 Lars (Thure Lindhardt) is a Danish painter struggling with artist's block. Semi-famous in art circles and back home, he's been sent to a small Canadian town by his manager/agent to recapture his creative spark whilst teaching art to the locals.
On arrival, Lars makes an instant enemy in the Sheriff (Alain Goulem) but is otherwise embraced by the community. Fellow teacher Lesley (Georgina Reilly) is a little off to begin with but Lars agrees to take one of his students - Eddie (Dylan Smith) - under his wing and this brings her round.
Eddie's mute and is allowed to hang around class as a favour to his mother, one of the school's main donors. When Lars becomes his live-in carer all is well until one night Eddie wanders out into the night, kills and devours a small animal. Naturally perturbed, he mentions it to Lesley who shares Eddie's file, explaining that she hadn't mentioned the animal eating as the last instance happened so long ago.

Lars decides to lock Eddie in at night to avoid the issue arising again - he also vows not to mention it to anyone else so he doesn't get into trouble. 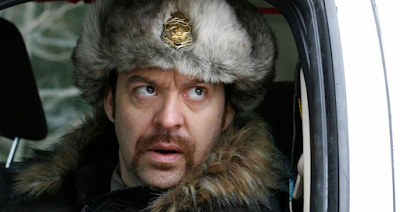 Lars' neighbour's yappy dog become Eddie's next victim when Lars accidentally on purpose plants the seed of suggestion in his ear. That night, he gobbles the little dog then graduates to actual cannibalism by polishing off his master. When Lars realises what's happened, he cleans up the mess to protect his friend and assures Eddie that the man was a dick anyway.
It doesn't help that the blood, guts and carnage left behind triggers a very acute creative response in Lars, who knocks out an incredible painting which he instantly sells for a large sum - and then donates to the school. You can see where this is going, right?
As Eddie's midnight rampages grow increasingly more horrific, Lars laps up the inspiration and the pair find themselves in a brutal circle of eating those that have wronged them, painting dope masterpieces and selling them to help the school. But, while Eddie's pure soul is open to manipulation for financial gain, and Lars' fame grows - can the pair afford to pay the ultimate price? Especially as the original plan ceases to yield such great results - and Lars must get more ruthless. 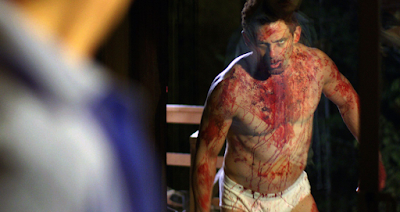 This was quite good fun. I like the question of whether you need pain and suffering to be a true artist - and if you do use trauma, how that can ultimately take a toll on the creator. Eddie is quite adorable and dare I say it - attractive - does it help he's strong and silent? Yes. Yes it does.

Do the Tighty Whities help? Well...
Perving aside, our titular character has suffered and subconsciously ejects his pain at night - there's a comment in there somewhere but I'm not quite smart enough to get to the heart of it. I really appreciate the friendship between Eddie and Lars - thought it can only take a negative turn when the former is so clearly manipulating the latter.

While I do think Lars has good in him - and he justifies his actions by sharing the proceeds from his work with the group - he also enjoys the growing fame and attention - and that makes him the clear villain of this piece.
I don't know how much of this I'll remember in the weeks to come but I had fun in the moment and that's alright with me. Love you, Eddie. 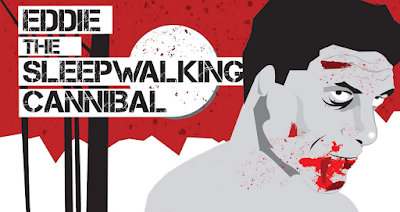 What does my wife think of Eddie's antics? Find out here, obvs. 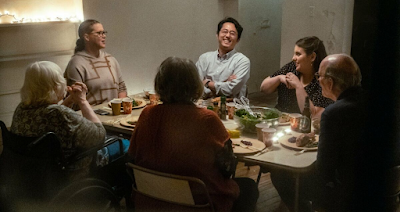 I will fight the urge to comment on the passage of time and how quickly it passes through our splayed fingers. Instead let's focus on a brand new month of hopeful film picks. We've decided to go for a Free For All to tick off some of the titles on our watchlists - and also neither of us were feeling particularly inspired when it came to choosing a theme. This week we take a little trot down A24 Lane with Netflix's new offering. Sold as a drama, I've also read a few takes on it being a modern horror movie which is harder to process but makes sense. I'll go into it below but ultimately let you be the judge.
Read more 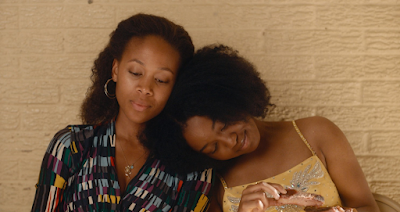 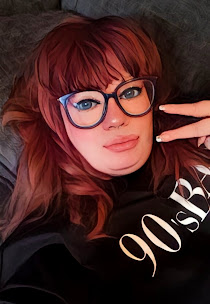